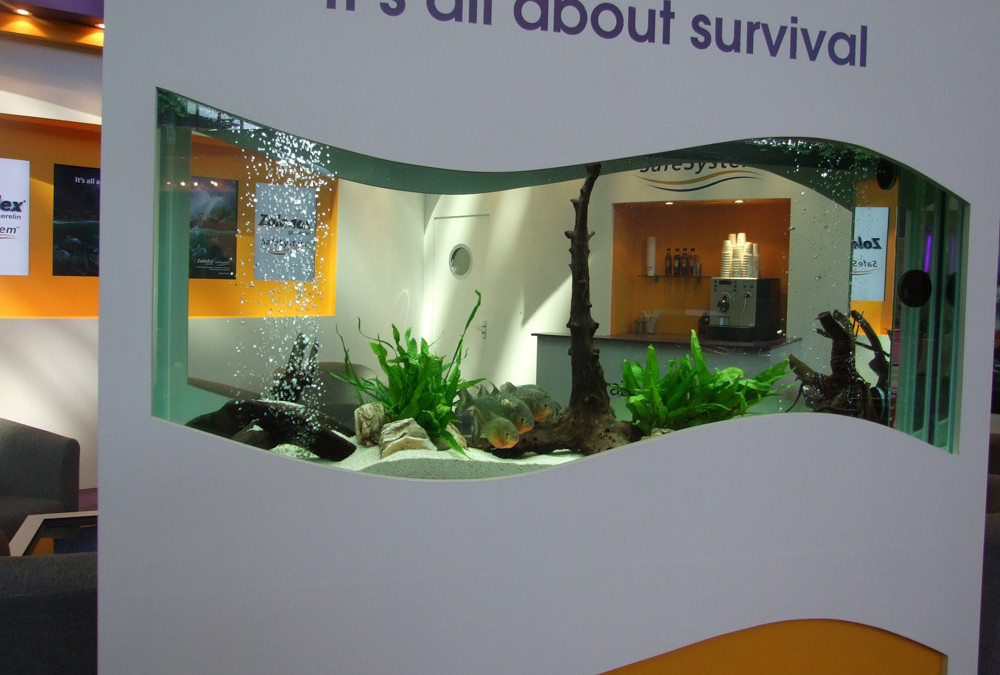 For this project we installed a tank of live piranhas to arouse curiosity and get customers talking. Once engaged, the customers were briefed using iPads and touch-screen tables while enjoying some fresh sushi against a backdrop of graphics and digital media, emphasising that key message of ‘survival.’ 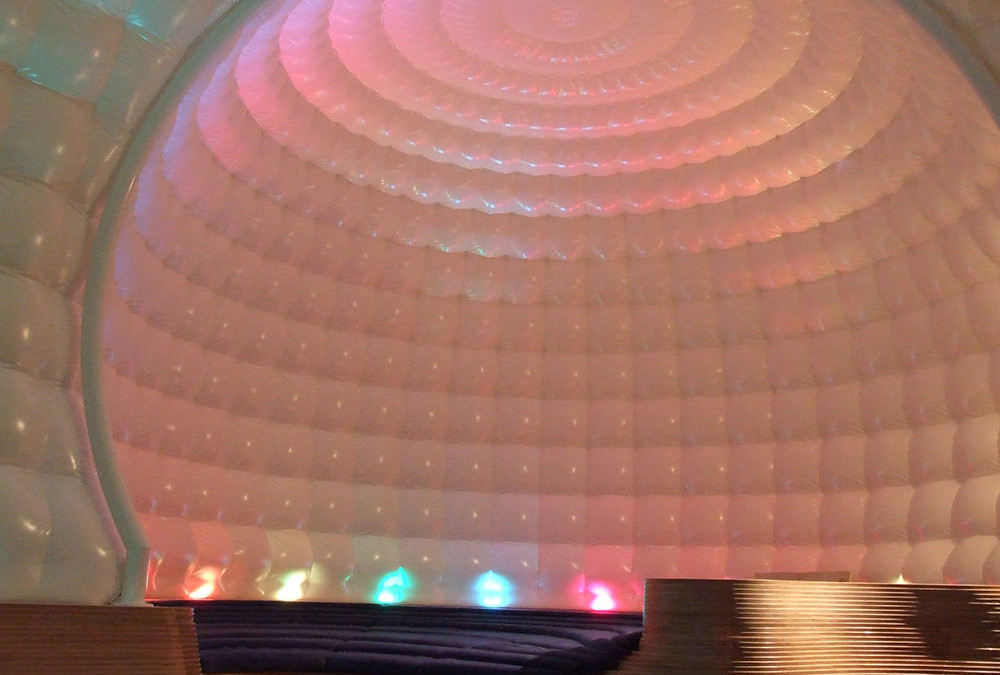 When the former ‘Millennium Dome’ was acquired by O2 and converted into a major London concert venue and entertainment centre, marketing agency Sledge were brought in to create a series of standalone ‘experiences’. In turn, they partnered with CE3 Design to assist in creating ‘Chill’, a relaxation area within the venue where visitors could ‘chill out’, listen to music and get way from the crowd. 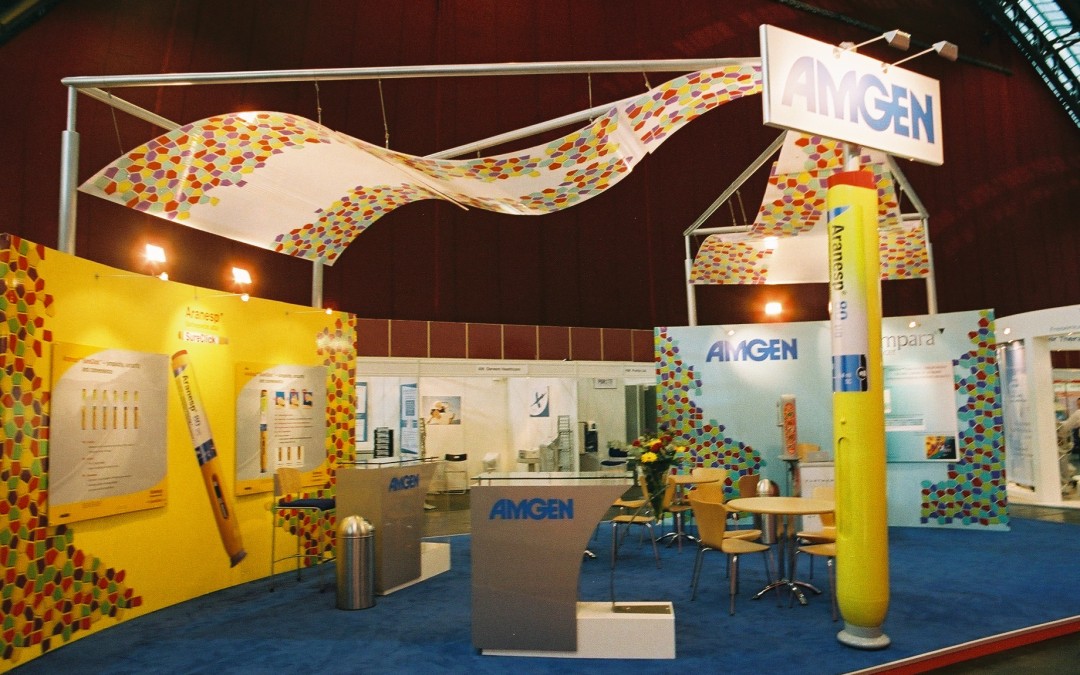 Sometimes, the most effective way to show off a new product is to go large! We scaled up Amgen’s unique injection ‘pen’ and created a giant model, which then formed part of the structure of the stand. This gave the sales team something impressive to show visitors and an interesting way to demonstrate the new product. 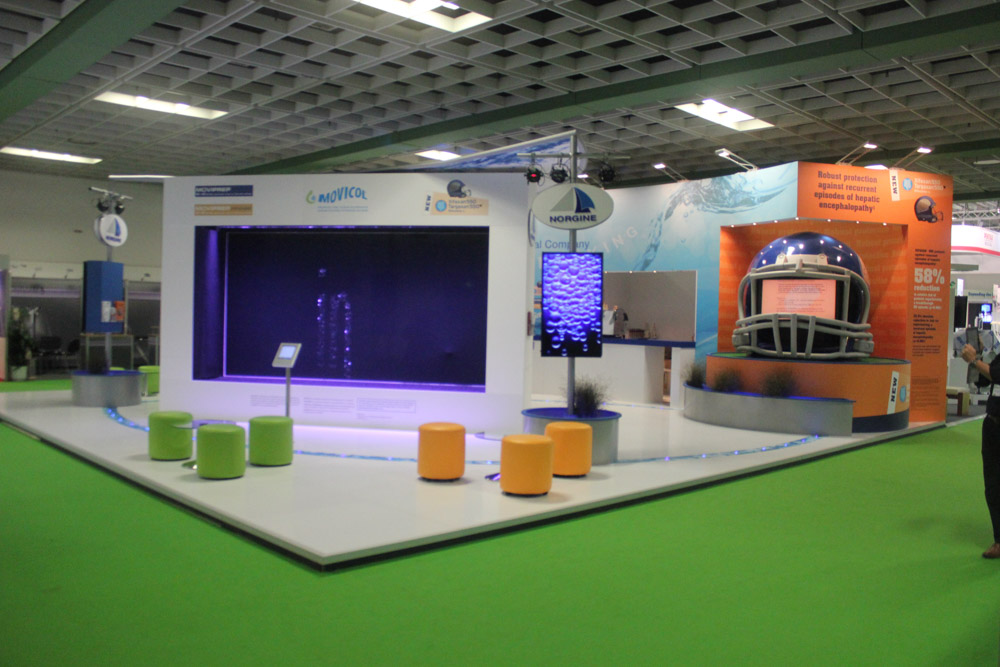 The main attraction on this stand literally stopped people in their tracks. Messages in the form of water droplets would appear and disappear on a giant water screen. A programme designed to promote the company and its products was the focal point of the stand but the attraction was also interactive; allowing visitors to design their own message and watch it appear in the water seconds later.

This website uses cookies to improve your experience while you navigate through the website. Out of these, the cookies that are categorized as necessary are stored on your browser as they are essential for the working of basic functionalities of the website. We also use third-party cookies that help us analyze and understand how you use this website. These cookies will be stored in your browser only with your consent. You also have the option to opt-out of these cookies. But opting out of some of these cookies may affect your browsing experience.
Necessary Always Enabled

Any cookies that may not be particularly necessary for the website to function and is used specifically to collect user personal data via analytics, ads, other embedded contents are termed as non-necessary cookies. It is mandatory to procure user consent prior to running these cookies on your website.